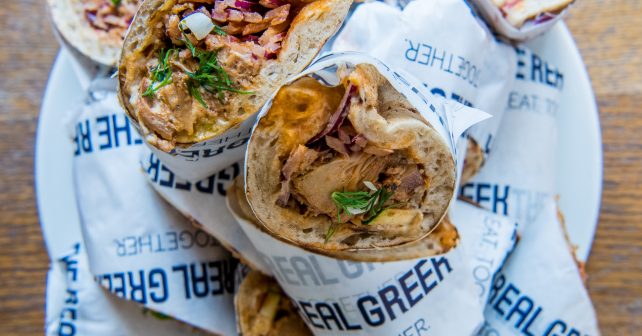 In case you’ve not noticed – although you must’ve been asleep if you haven’t – vegan food is on the march. No longer considered niche, it’s spreading far and wide.

The Real Greek  chain has joined the trend and is launching its first vegan menu with 30 options traditional to Greece. Think vine leaves, lentils and spices, all the traditional stuff. To celebrate, four of their London restaurants will be giving out 400 souvlaki gyros (pronounced yeer-os) to mark the occasion.

Expect a vegan twist on a traditional gyro: tomatoes, onion, tahini sauce, paprika and jackfruit wrapped in flatbread. That’s 100 FREEBIE lunches at four branches across the capital. Frankly, who needs to be vegan, they sound delicious.