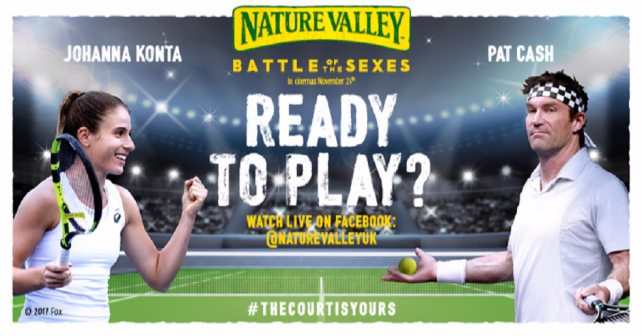 Shepherd’s Bush might not have the grandeur of SW19 but for tennis fans it promises a top treat; a match between British ladies No.1 Johanna Konta and Aussie legend, ex Wimbledon champion Pat Cash.

It’s been organised to celebrate the launch of new film, the ‘Battle Of The Sexes’ which is based on the famous 1973 game between women’s legend Billie Jean King and a former world number one, male player Bobby Riggs.

If you fancy picking up a racquet yourself you can also book a totally FREE 30 minute slot and play your own game. (They’ll provide the rackets and balls, just wear something comfortable.)

Those who compete will be entered in to a draw to win one of three pairs of tickets to the Nitto ATP Finals later in the month at The O2.