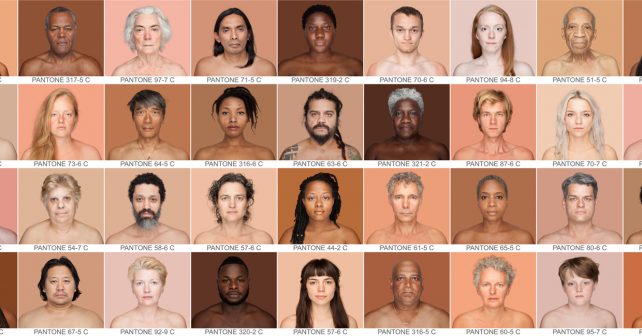 Amid the never-ending uncertainty over Brexit a new exhibition is shining a light on some major migration turning points in our national story.

No Turning Back: Seven Migration Moments that Changed Britain includes the expulsion of England’s entire Jewish population in 1290, a massive increase in people defining themselves as ‘mixed race’ in the 2011 census as well as the Rock Against Racism movement of the 1970s.

Expect moving and uplifting personal testimony, emotional stories plus commentary from British and international contributors. Highlights include a piece from Polish-born artist Malgosia Stepnik as well as Brazilian photographer Angélica Dass, (creator of the eye-catching Humanae picture above).

Barbara Roche, chair of the Migration Museum Project, says, “Britain’s migration history is as complex as it is long, with generation after generation facing challenges, sometimes acceptance and sometimes hostility.

“Against the current backdrop of fierce national debate, the need for exploration of this important theme that connects us all could scarcely be greater.”