Commute to work in a FREE Jane Austen carriage 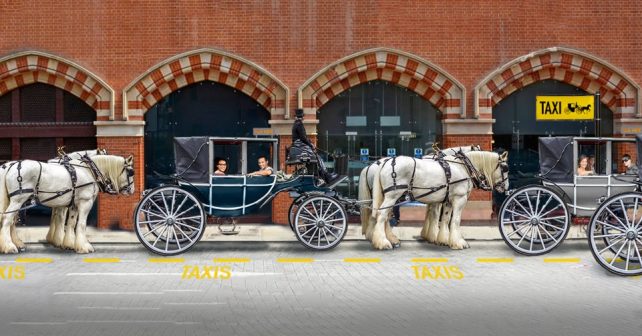 It’s not every day you can commute as if it’s the 19th century, but this is one time you can! And it’s FREE.

To mark the occasion, it’s planning a five-strong fleet of appropriately-themed transport to pick up passengers in London.

Think an elegant horse and carriage.  For one day only, Londoners will be able to travel in style to their next appointment and, just to to ensure you’re transported to another era, there’ll be audio excerpts playing inside.