For one day only, feast on Wall’s ice cream for just 5p! 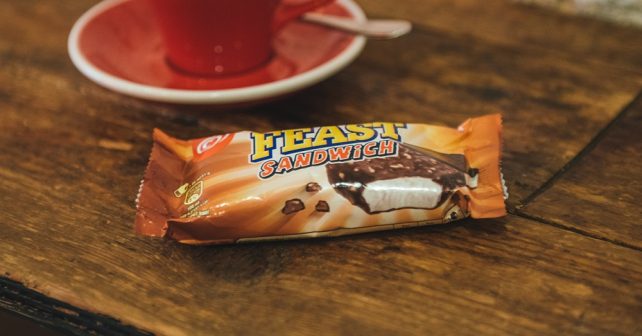 It’s not quite FREE ice-cream, but almost! For one day only, lay your hands on a chocolatey Wall’s Feast ice cream sandwich for just five measly pence!

The next-to-nothing giveaway at chic coffee house Soho Grind is all part of Wall’s nod to the 1920s, the decade the company first began selling frozen desserts. They’ll be laying on the nostalgia too so expect to chomp along to jazz sounds from the roaring Twenties as you guzzle your gelato.

The afternoon event kicks off at 3pm but get there promptly because when they’re gone, they’re gone!