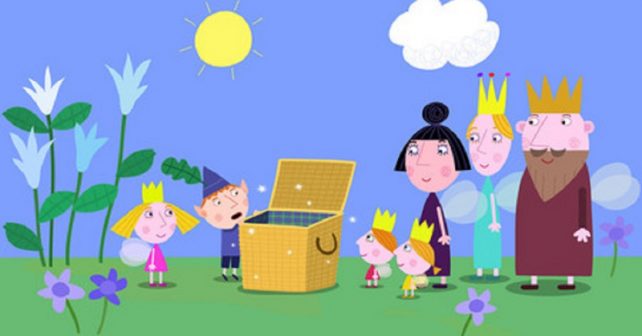 Want the tots out of the house but somewhere warm and entertained this festive season? Well, the animated world of Hopster cinema is coming to the rescue.

A selection of Picturehouse cinemas across the capital will be holding Christmas special toddler-friendly screenings of  Ben & Holly in the days leading up to the 25th.

In case you don’t know, Ben and Holly’s Little Kingdom is a British animated series aimed at pre-schoolers. Ben’s an elf and best pal Holly’s a fairy.

Think adventures with kings, queens, witches and gnomes.  Plus it’s made, and mainly voiced, by the same people who gave the world the porcine cult cartoon Peppa Pig.

And best of all, entry is priced at £3 for kids whilst adults go FREE